Kyriakos Sgarbas was born in Athens, Greece in 1966. He graduated in 1989 (Dipl.) and in 1997 (Ph.D.) from the Department of Electrical and Computer Engineering, University of Patras, Greece, where he worked as a researcher during 1990-95 and 1997-2004. In 2004 we was elected Assistant Professor in “Symbolic Artificial Intelligence with Emphasis on Interactive Systems”.

His research interests include the application of artificial intelligence methods in the area of computational linguistics (mainly concerning the Greek language), the development of relevant algorithms and data structures, issues on intelligent search and information retrieval, as well as the use of quantum algorithms on the aforementioned problems.

He has published more than 30 research papers in international journals and conference proceedings. His publications focus in Algorithms and Data Structures, Natural Language Processing / Computational Linguistics and Artificial Intelligence.

He has participated in 15 research and development programmes, as well as in 5 educational ones. He has been the representative of the University of Patras in the development of the European inter-departmental / inter-institutional Masters curriculum “Socrates CDA: European Masters in Language and Speech”.

He has been an article reviewer in several international journals and conferences in his scientific area, as well as a member of several scientific and organizing committees of related conferences. He has served as elected member of the the Board of the Hellenic Artificial Intelligence Society in two successive biannual periods: 2003-2004 and 2005-2006.

He is a member of the Institute of Electrical and Electronics Engineers (IEEE), the Association of Computing Machinery (ACM), the Technical Chamber of Greece (TEE), the Panhellenic Society of Mechanical and Electrical Engineers (ΠΣΔΜΗ), the Hellenic Artificial Intelligence Society (HAIS), the Association for Computational Linguistics Special Interest Group in Natural Language Learning (ACL/SIGNLL), the Hellenic Network of Open and Distance Learning (ΕΔΑΕ) and the International Computational Intelligence Society (ICIS).

He has been collaborating with the Hellenic Open University (HOU) as an Academic Tutor in the “Informatics” curriculum since 2001. 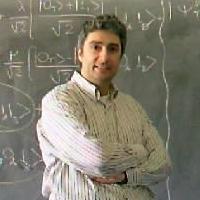