The Artificial Intelligence Group (AI Group) is part of the Wire Communications Laboratory of the Electrical and Computer Engineering Department, of the University of Patras, Greece.

The WCL / AI Group is an international team of more than 15 individuals: Greek, Bulgarian, Romanian and English professionals on teaching and research positions. The research and technology development staff, constituting the core of our team, has academic degrees in electrical engineering, computer science, physics and mathematics. The research activities carried out by members of the AI group resulted in over than 20 PhD dissertations and over than 300 scientific publications in both basic and applied research.

The WCL / AI Group, counts more than 30 years of continuous activity in research and technology development. During this period, the WCL/ AI Group has participated in more than 30 national and European RTD projects. Its major research contributions are in the areas of Speech & Language Technology and Artificial Intelligence. 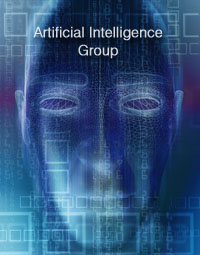 The AI group has a long tradition in the fields of Automatic Speech Recognition, Text-To-Speech synthesis (TTS), speaker verification and identification, as well as, in language modeling as a means to enhance the speech recognition performance.

In particular, the following tools/components are available:

The AI group created (either on its own or in cooperation with other partners) a number of speech and language resources, among which are the following:

The AI group has developed tools for the preprocessing of document images and words as well as systems for character recognition. In more detail, the following tools are available:

The AI group has developed tools for authorship identification from text documents.