VVR group undergraduate student Michalakis George and graduate students Papandreou Andreas and Chatzikalymnios Aggelos, won the IEEE first price of the g-tec sponsored BRAIN.IO hackathon in the context of the IEEE BIBE conference that was held in Athens, Greece on October 27-28, 2019.

BR41N.IO is a brainstorming and collaborative marathon designed to be a learning experience for developers, technologists, engineers, students, artists, and scientists who cram and build brain-computer interface (BCI) applications together in teams.

The developed awarded project included the implementation of a Singleplayer and a Multiplayer game developed in Unity Game-engine by interfacing with the provided BCI headset Unicorn Hybrid Black. As input to the aforementioned, the method of evoked potentials (EP) was selected. In the case of EPs, the BCI system is showing different flashing icons and the user has to attend to the icon he wants to select. When the icon flashes on the computer screen, a P300 wave is produced in the brain and the BCI system is able to detect it.

More specifically, in Singleplayer mode the user controls an aircraft, which is able to move on a 3×3 grid. The goal is to score as many points as possible, while surviving the incoming red planes. Points are scored when avoiding red planes as well as when gathering the green ones. At fixed intervals the following are happening:

In Multiplayer mode, the same BCI technique was extended to allow individual players to control their own avatars and interact with each other in an open world environment. 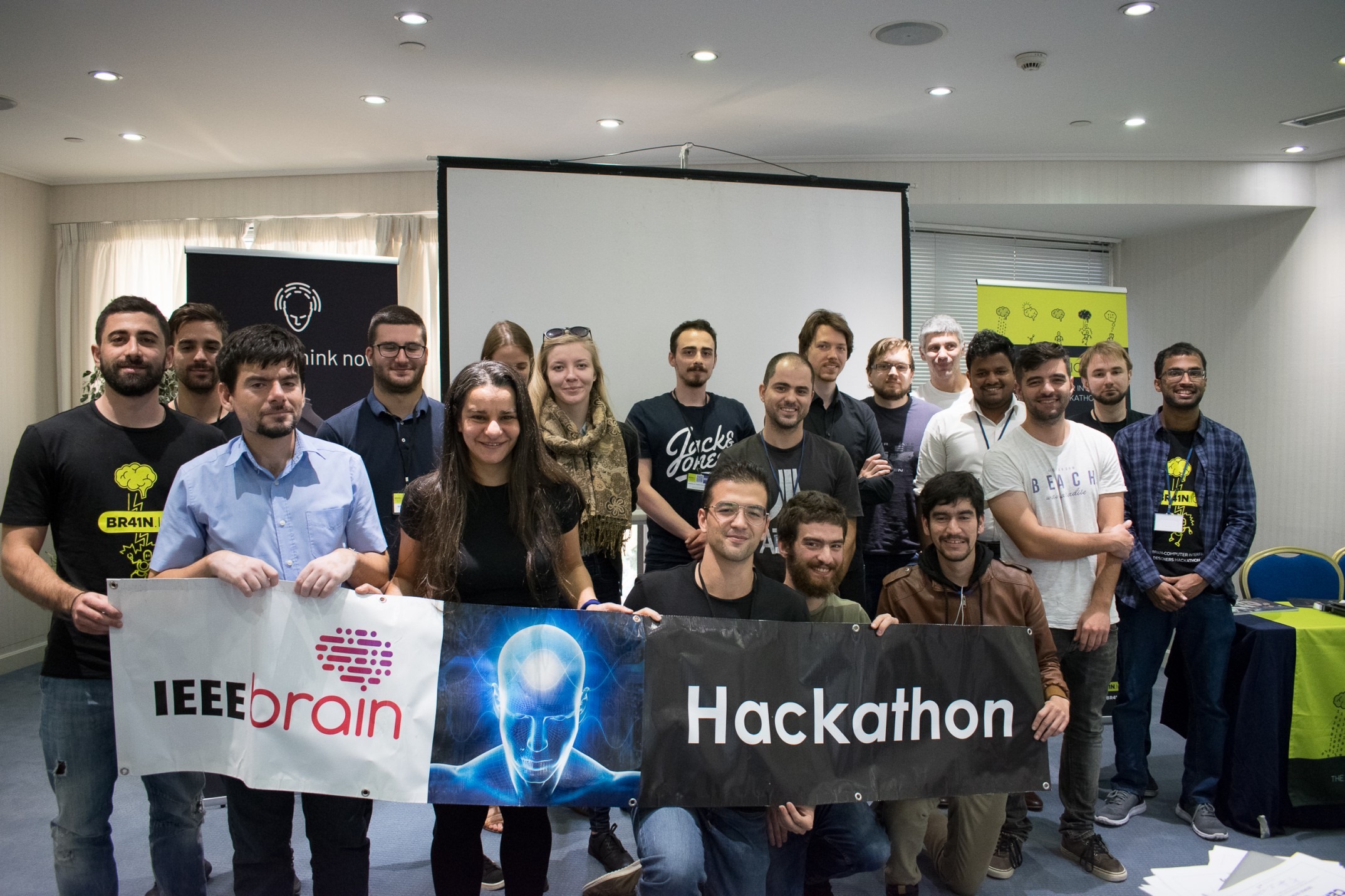 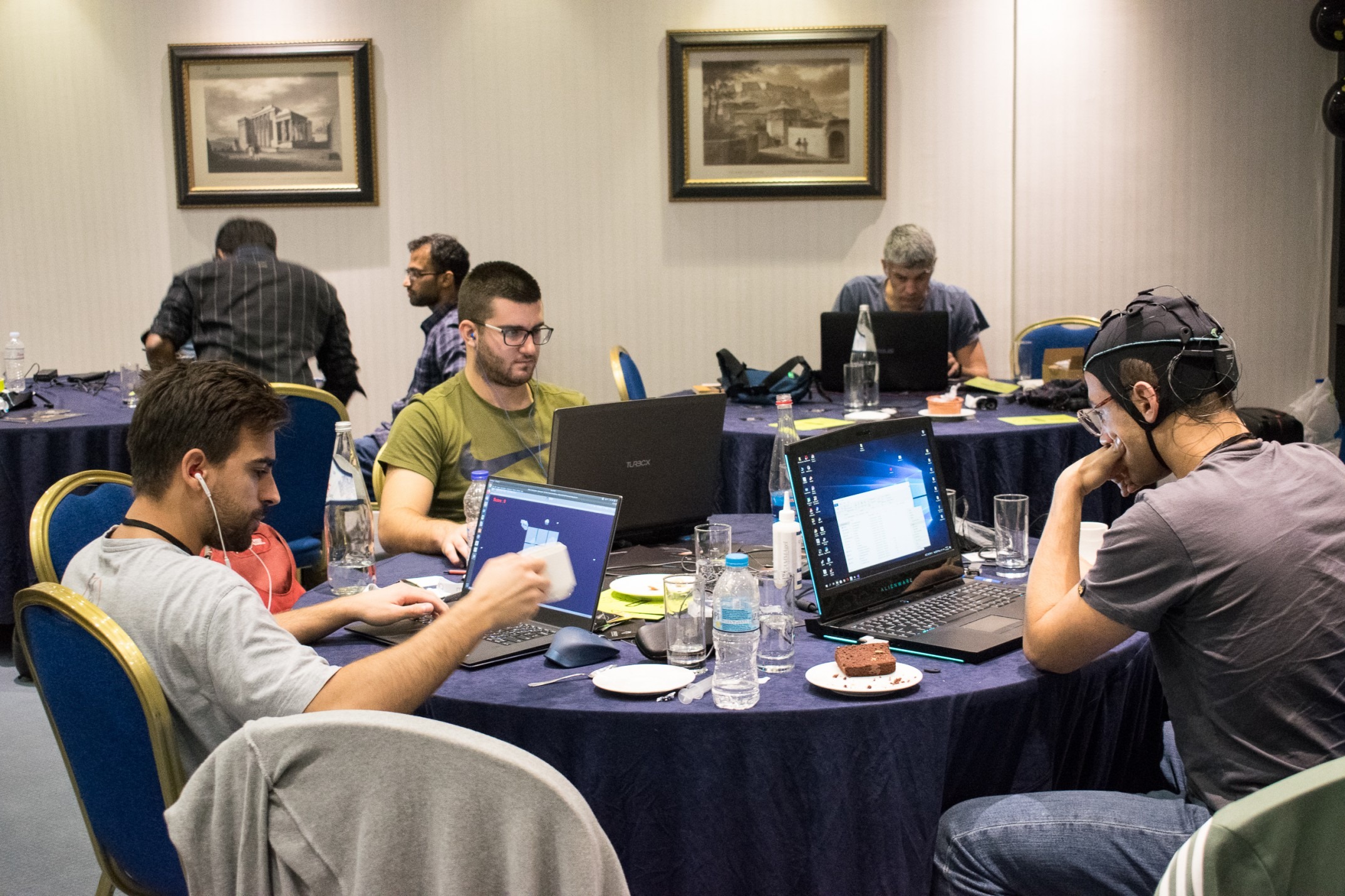 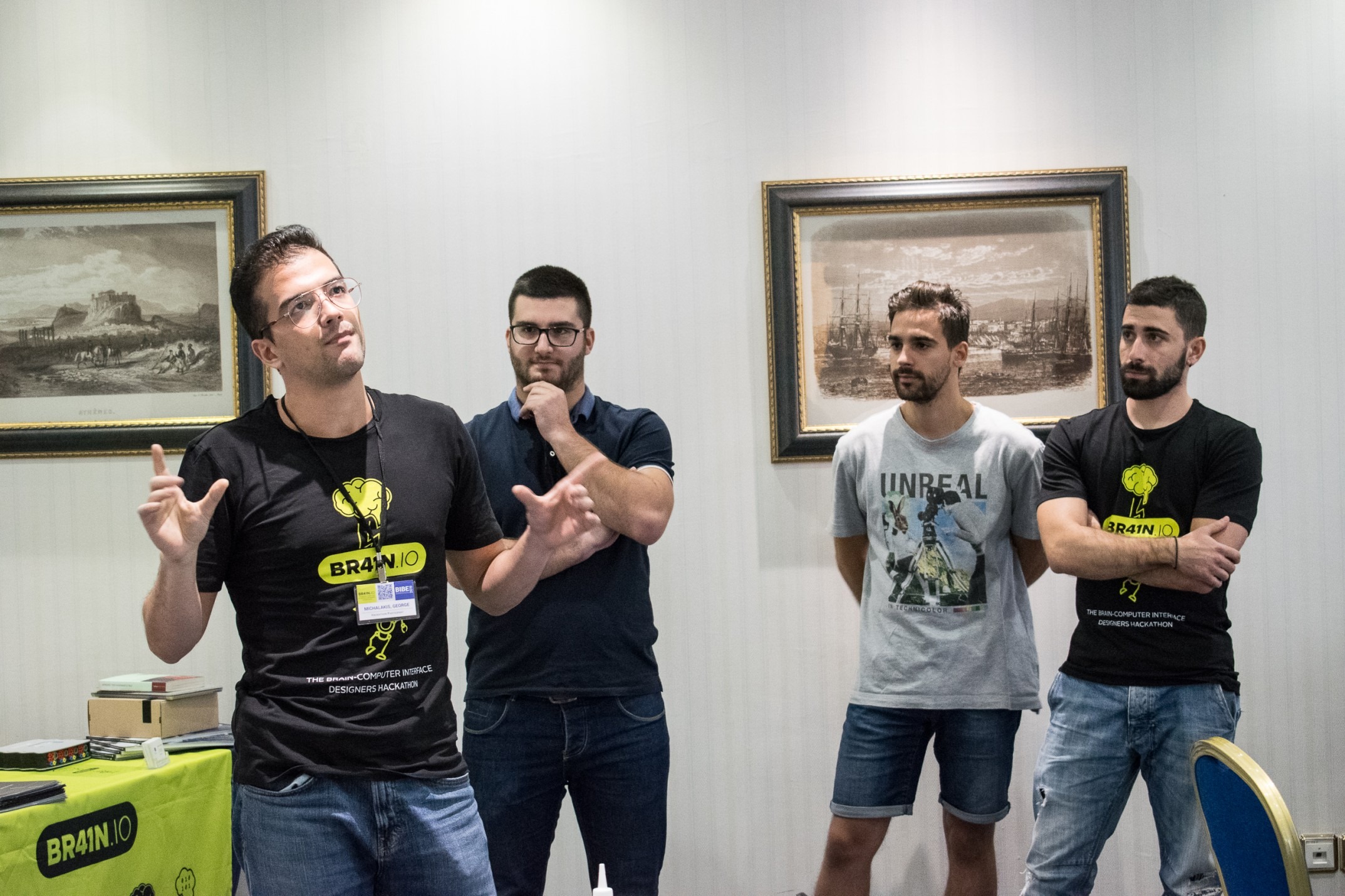 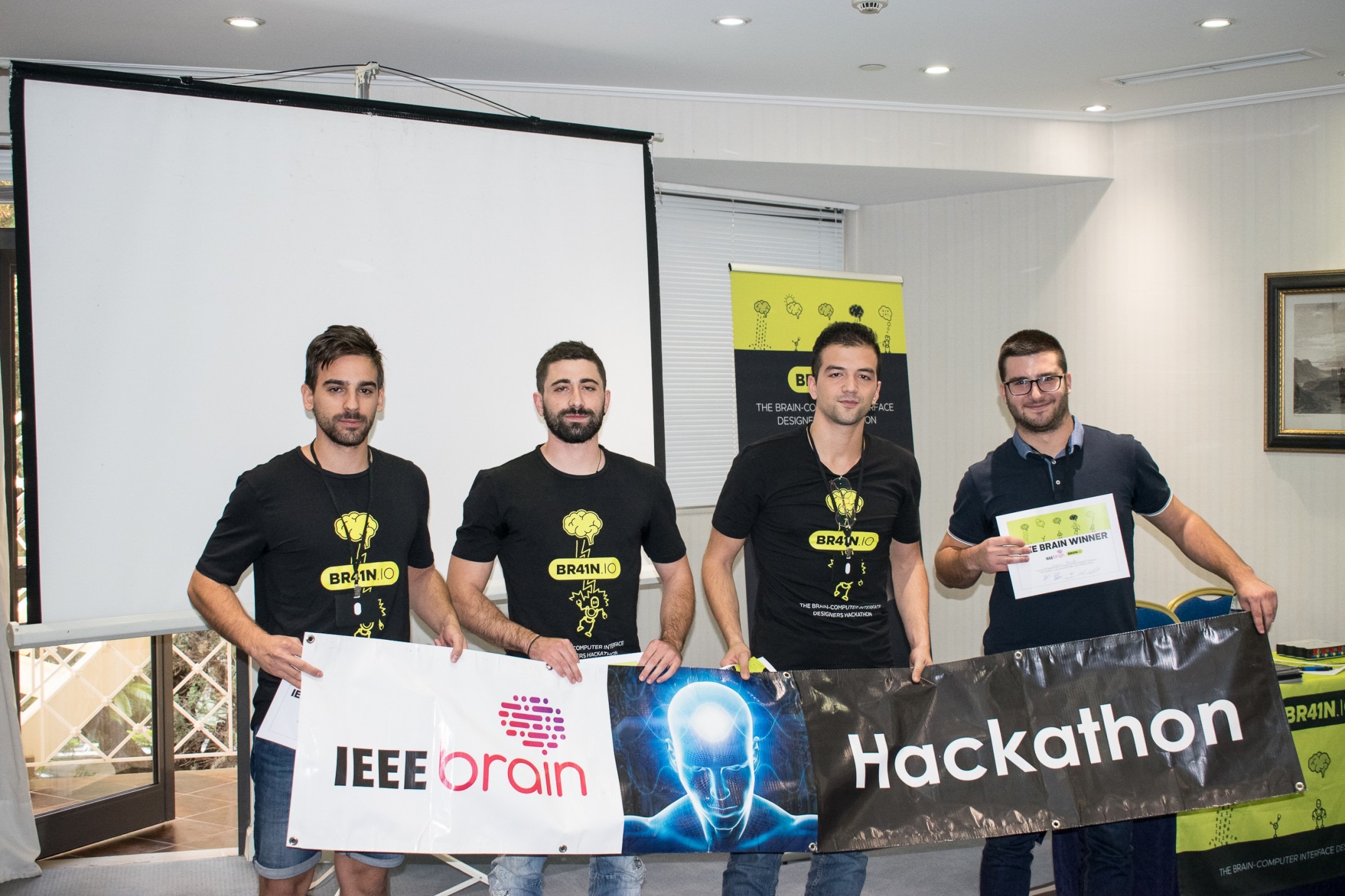 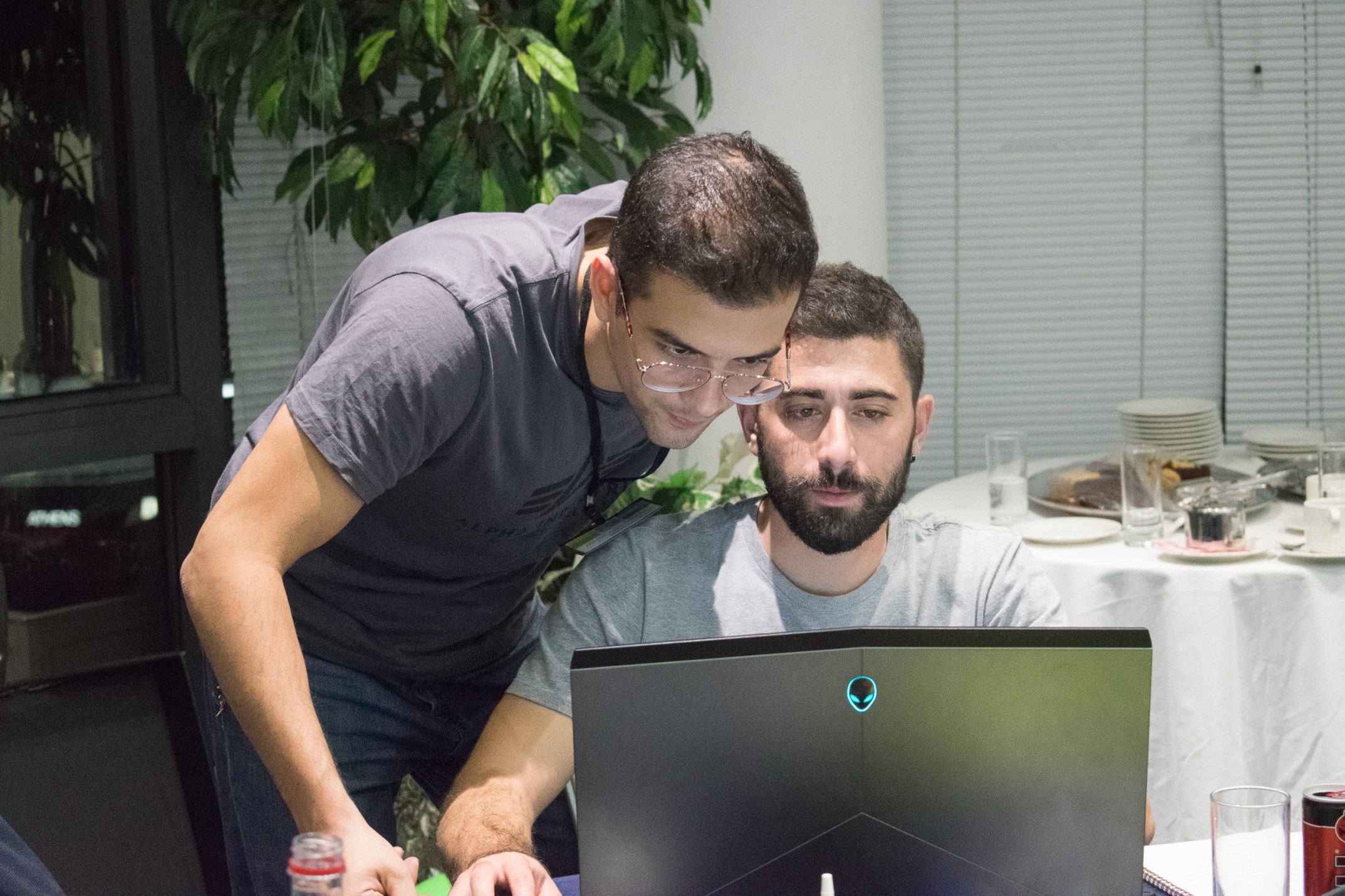 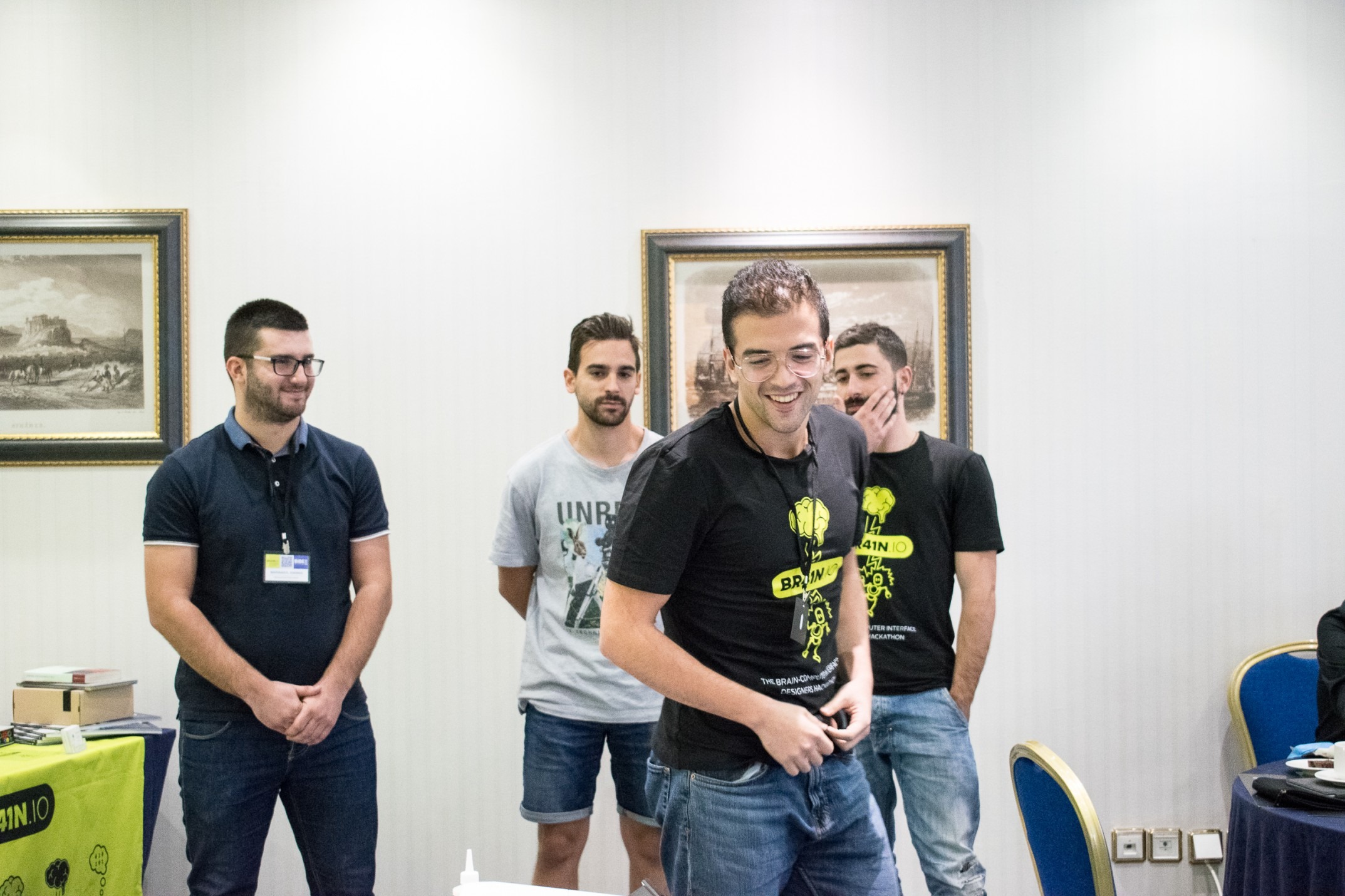 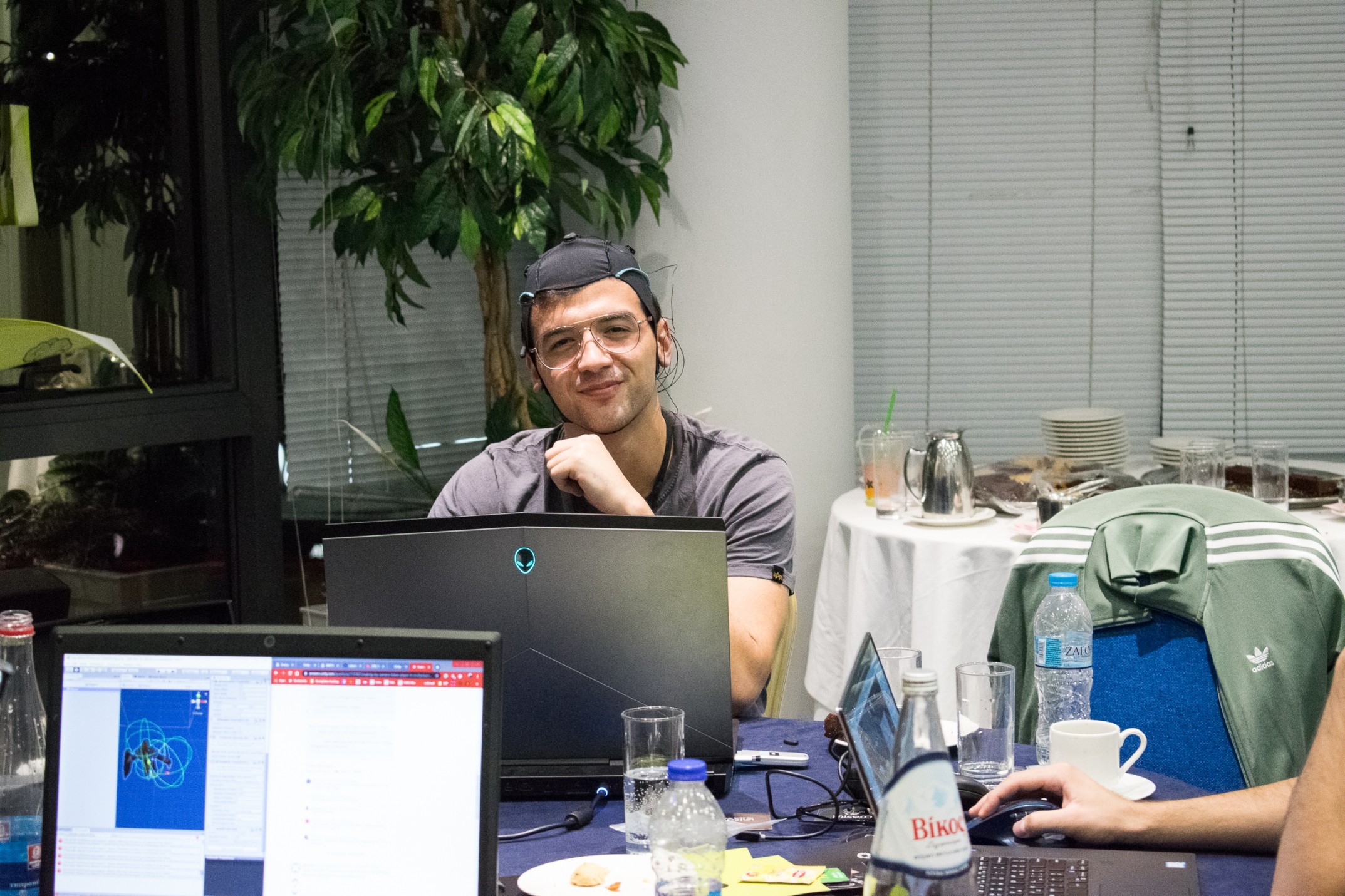 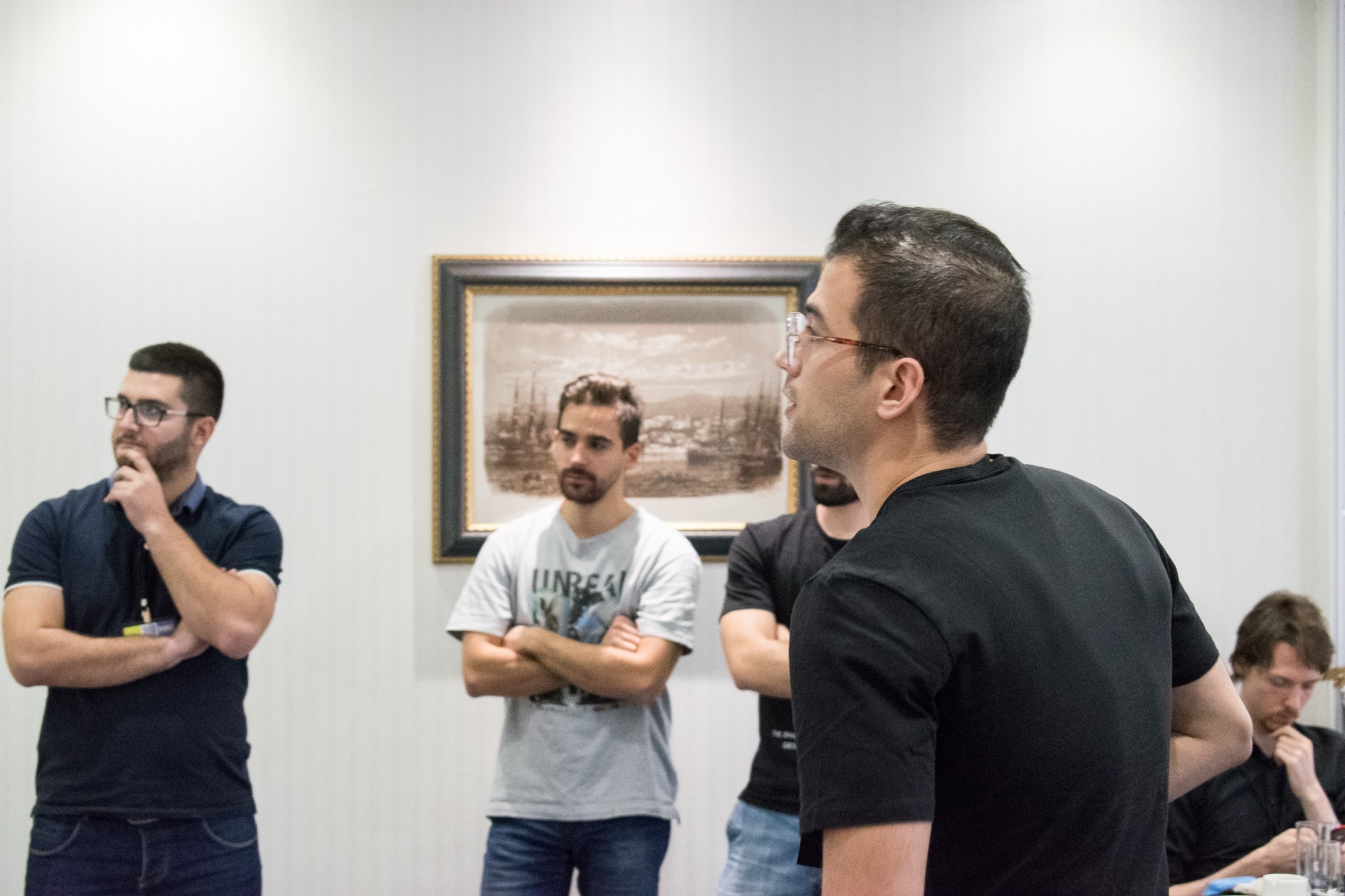 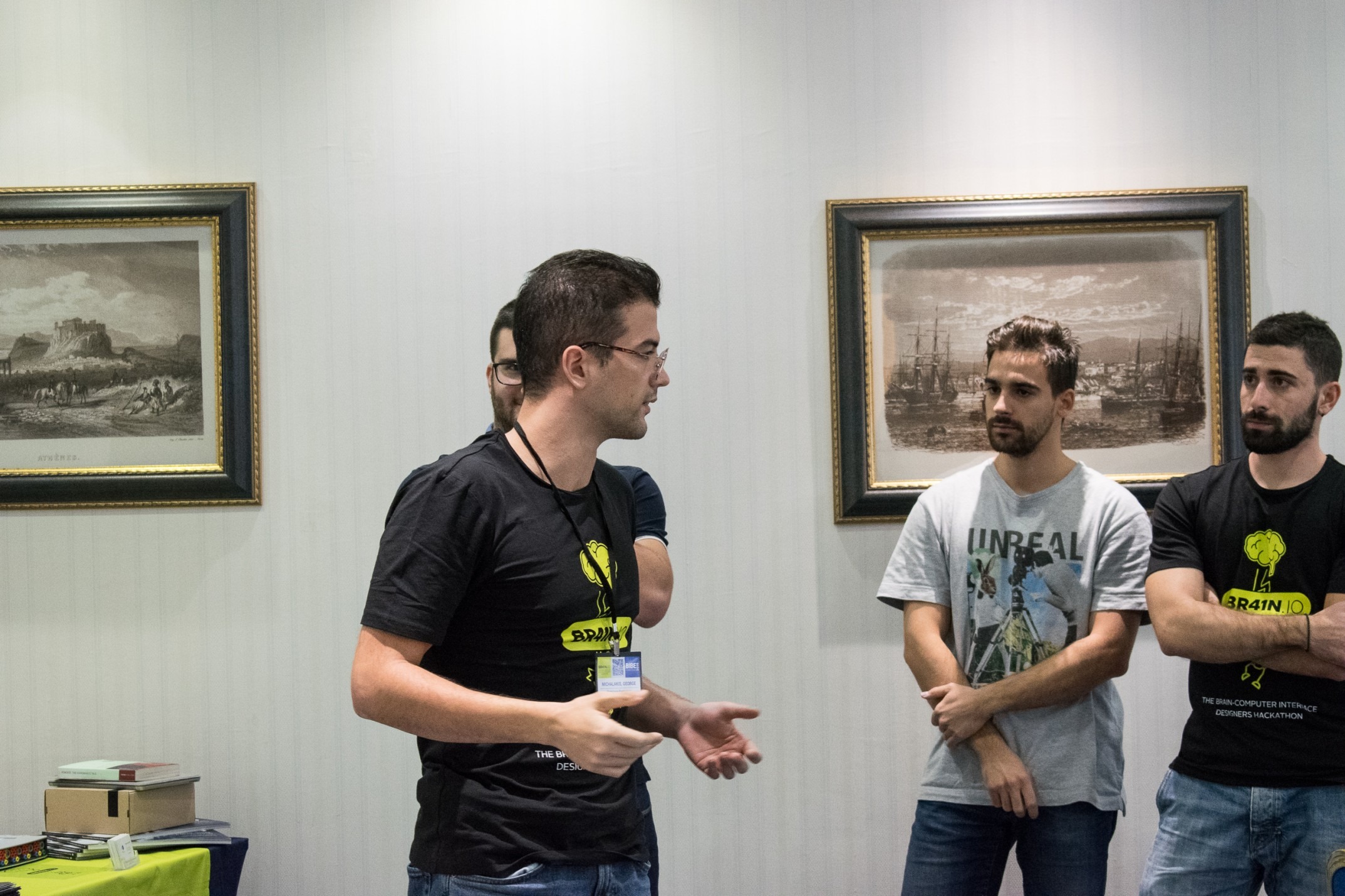 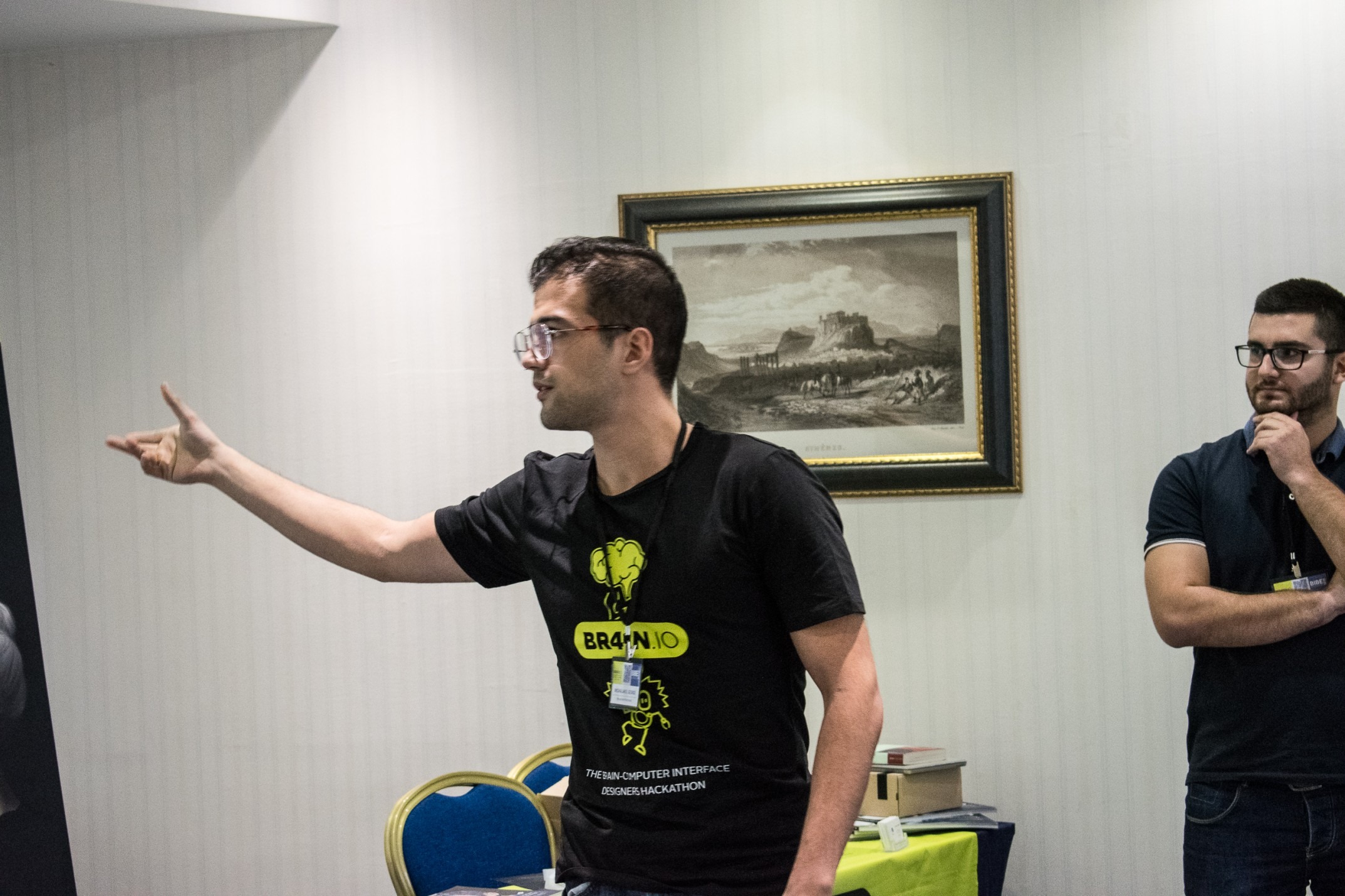 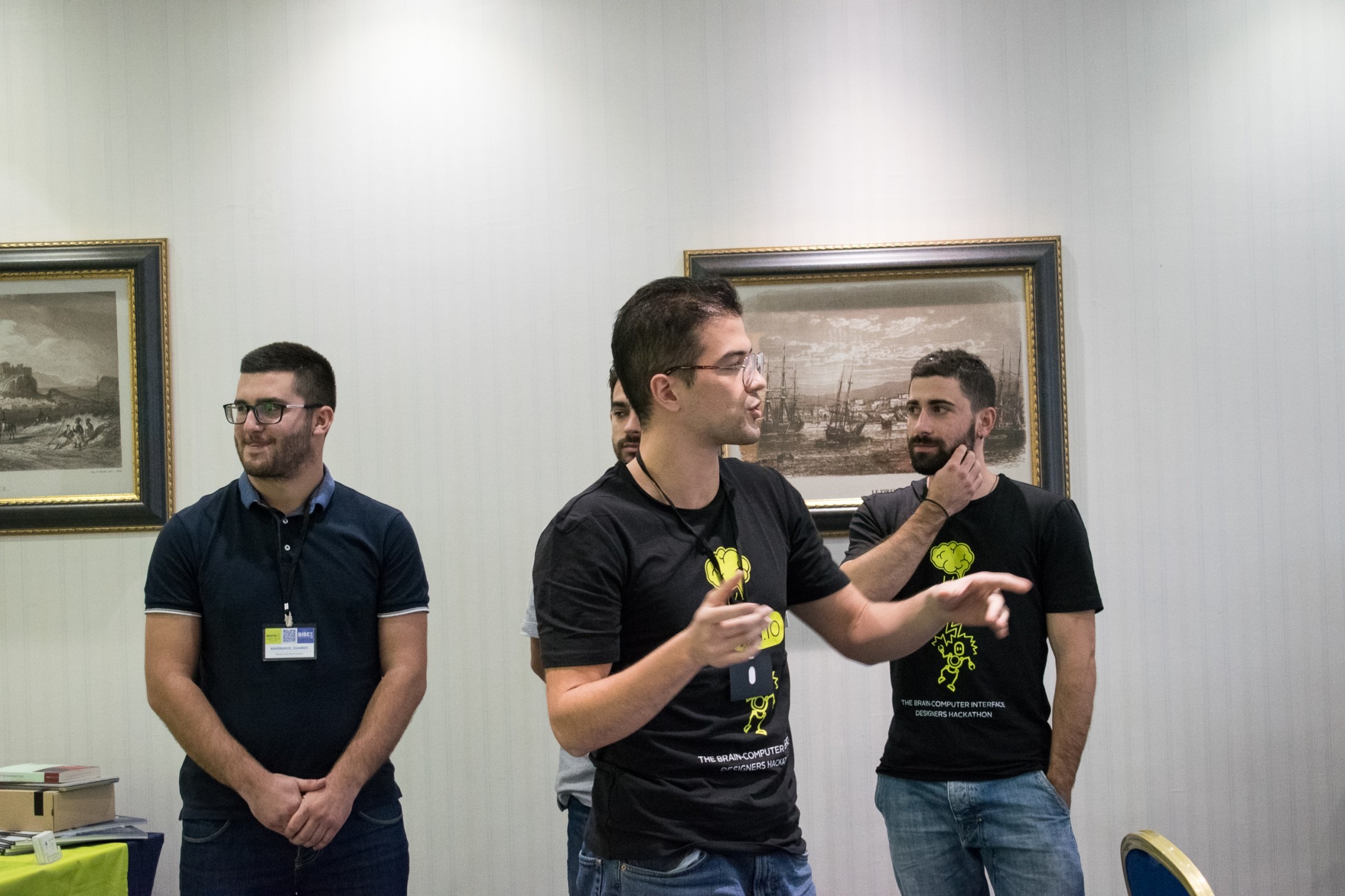